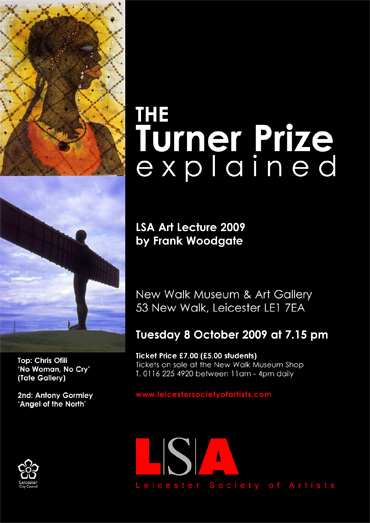 An illustrated talk by Frank Woodgate

Regarded by many as a great showcase for British avant-garde art, and by others as conceptualist rubbish, the Turner Prize causes controversy every year. The exhibitions each autumn continue to draw larger and larger crowds. Many of its nominees have become household names and extremely popular amongst the general public. Antony Gormley (creator of The Angel of the North) won it in 1994, while the widely admired Lucian Freud (now, in his late 80s, considered a modern old master) failed to do so twice. This lecture looks at the great winners (and losers) from the past and clarifies the ideas behind the annual competition.