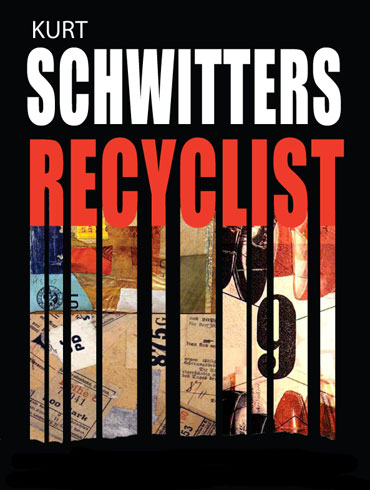 An illustrated talk by Roger Cardinal

Kurt Schwitters (1887-1948), German collage-maker and eccentric Merz artist is the subject of a major retrospective at Tate Britain opening in January 2013. Schwitters became a hunter-gatherer in the streets of his native Hanover, picking up tram-tickets, theatre programmes, adverts, buttons, broken toys and torn fabrics, and converting them into works of art. A connoisseur of chaos, and an amiable recyclist, Schwitters produced hundreds of intricate collages and scores of fascinating assemblages. His is a restless art that bristles with scraps and fragments, and may at first glance seem arbitrary and confusing, -- indeed not much like art at all.

This talk by Roger Cardinal will attempt to tease out the method behind the ideal of MERZ - a subject Schwitters never fully defined - and to spell out some of the hidden messages of this unusual creator.

Roger Cardinal's  illustrated monograph Kurt Schwitters, co-authored with Gwendolen Webster, appeared last year. He also publishes widely on Self-Taught Art, and is an international authority on Art brut, on which he wrote the pioneering study Outsider Art in 1972. Roger Cardinal is Emeritus Professor of Literary & Visual Studies at the University of Kent, Canterbury, England.