An mixture of language and art, this exhibition is based on poetry by five contemporary poets.  They were commissioned to write poetry based on language itself, to include alphabets, communication, writing, printing, signs and symbols.  The poems formed the basis for artists to develop words, ideas themes and motifs in visual forms.

The five authors read the poems at the evening preview on 13 December 2013. 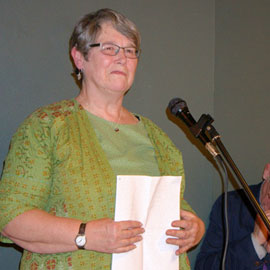 Maxine is a poet and novelist, also a creative writing teacher, editor and proofreader.  She has published six books for children and young adults and her poems have appeared in national magazines. 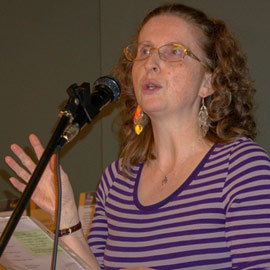 Between the Beats
Messages
The author of Mad, Hopeless & Possible, the story of Ernest Shackleton's ill-fated Endurance expedition to Antarctica, Siobhan's work has featured at London's Science Museum and Leicester's National Space Centre. She performs with the Cardiff poet Susan Richardson in the guise of the Polar Poets. 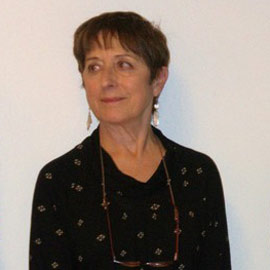 Ratae Coritanorum
Songs
Kate has been writing poetry since she was very young.She has published three books of poetry, and has been published in Equinox, The Journal, Hearing Voices and the French Literary Review. Kate's poems have also been the focus for projects undertaken by final year students on the Animation course at De Montfort University. 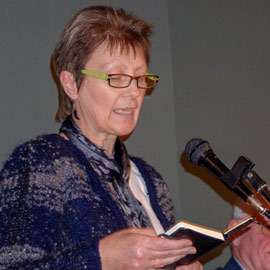 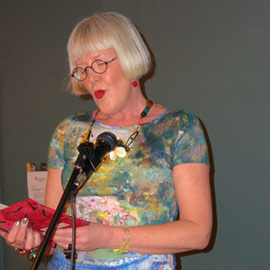 The Word
Alzheimer Zombie
Lindsay worked in fashion for twenty-five years, and now writes short stories and poetry, published in a number of literary magazines.  Lindsay is currently working on a full length poetry collection and her first novel.