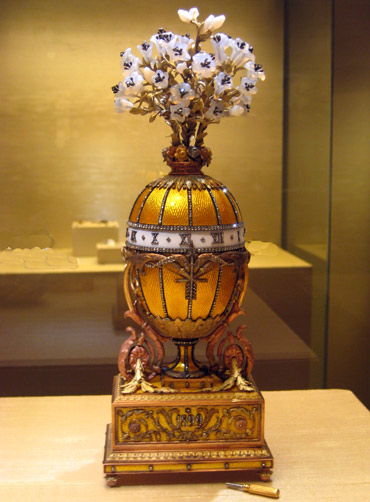 Peter the Great started the Russian passion for collecting by bringing back a stuffed crocodile from his first trip abroad but it was Catherine the Great who was to achieve greater renown. She planned her buying sprees like military strategies and had to extend the Winter Palace to house the thousands of paintings which now make up the largest collection in the world.

This lecture tells the story of the Russian monarchs and aristocrats who collected art and the occasional Faberge egg.  But it also reveals how the Moscow merchants eventually upstaged the Tsars as art patrons on the eve of the Revolution. Here the main figures are Tretyakov, who founded the first gallery of Russian art, and Shchukin and Morozov, who in the early 20th century built up unrivalled collections of modern Western art by painters such as Picasso and Matisse.

Visitors – non-members are most welcome to attend up to two lectures annually, it is an excellent way to try out membership. Just come along and pay on the door, attendance at one lecture costs £7.