"Seeing, thinking, drawing and constantly discovering new ways to do these three things. . .  I sometimes start with a doodle, letting my mind wander. I'm looking for an unusual composition or something with a bit of an edge." 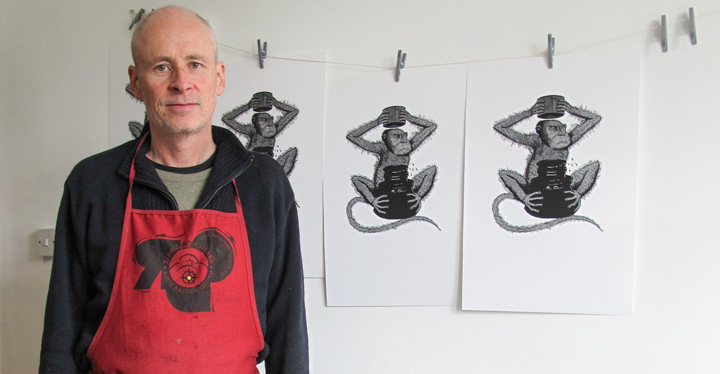 Peter Rapp is a printmaker.  His recent work stems from a residency in 2013 in Italy at Opoficio della Rosa where he started a series of linocuts based on The Book of Imaginary Beings by Jorge Luis Borges, the Argentinian writer and essayist, which continues to inspire him.  His work has been shown in the London Art Bookfair in the Whitechapel Gallery London, Kaleid Artists Books, Oslo, Freud Museum, London, Leicester and Redruth, Cornwall.  His work is in collections in held by the V&A, London, Chuang Dong, China and the Association of Visual Arts, Serbia and Leicester Arts & Museums Service.

I am a printmaker.  All my work starts first with an idea, then I go through distinct phases. I begin to plan the print by drawing and sketching. I draw directly onto the plate or lino; if it is an etching I might re-draw it several times until I'm happy with the image. Then I print a few of the edition on my press.

The day always starts with walking the greyhound through Victoria Park at about 7.30. This is a good time to think through what I am going to be doing. 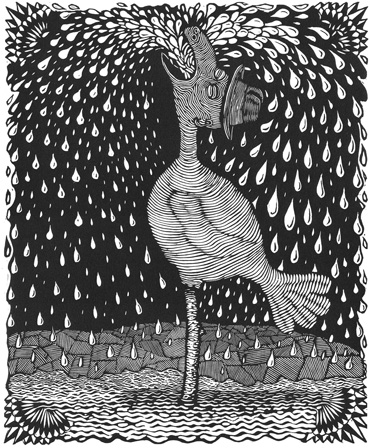 If I am printing an etching for example I will start by preparing the paper, cutting it to the right size and soaking it in water if I am etching. I set the etching press up, setting the pressure and putting the blankets in, and get the other bits and pieces ready like blotters and tissue paper. From then on it is a repetitive process of inking up the plate, removing excess water from the soaked paper on the blotting paper, printing the image on the press, putting the print between boards to dry. Once I have finished printing I cleanup and put everything away.

On days when I am drawing into a plate or cutting into lino, I will do just that for most of the day, and each image might take several days to complete.

Regardless of what I am doing, the dog will ask for another walk at lunch time and I normally work until about 6pm. 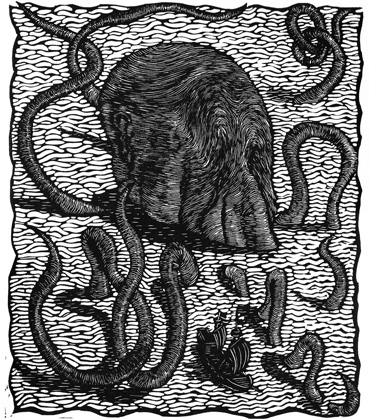 When you take the first test print and you’re seeing the printed image for the first time. It rarely turns out exactly as you visualised it. Occasionally it doesn’t work and is disappointing, but often there will be an unexpected aspect to the print that is pleasantly surprising.

It is also very rewarding getting positive feedback on work from people you respect, especially fellow artists.

The selling and marketing side of it. While making money is never the sole objective of making work, it is also a useful and tangible form of validation.

Seeing, thinking, drawing. Constantly discovering new ways to do these three things. I do a lot of drawing and re-drawing. I sometimes start with a doodle, letting my mind wander. I'm looking for an unusual composition or something with a bit of an edge.  I keep working at it, so it's not obvious. 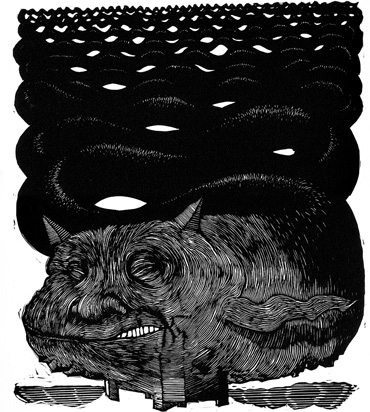 I did a short residency at Opoficio della Rosa in Montefiore Conca in Italy and chose The Book of Imaginary Beings by Jorge Luis Borges as a basis for the images I was working on. The book describes his creatures, it's quirky and funny and the whole way Borges wrote was quite playful.

I have continued working on this series between other projects and keep coming back to it.

I'm interested in using iconography and design of postage stamps as a device in my work. This began last year when I made a couple of images related to the novel The Crying of Lot 49 by Thomas Pynchon. 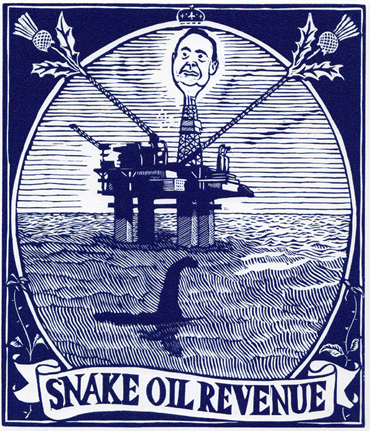 There is a secret postal system in the novel and the “Lot 49” in the title refers to an auction of postage stamps. I enjoy subverting the medium of stamps to impose my own political messages, belittling the characters on the stamps rather than aggrandising them.

They are all linocuts, made for an artist's book Famous Philatelic Errors but I will be showing the individual prints at Leicester Print Workshop from 2 August to 15 October.

What are you working on at the moment? 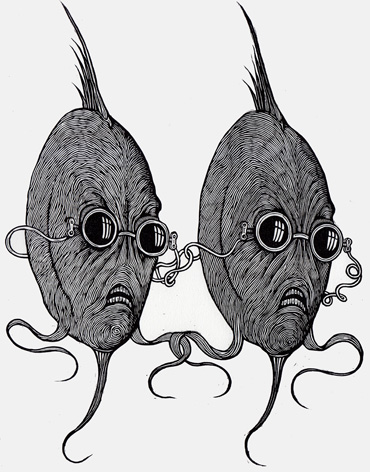 I picked Abtu and Anet as an idea for a linocut because I wanted to experiment with doing two separate lino plates overlapping each other and I thought this chapter would lend itself to that idea. In the Book of Imaginary Beings, Abtu and Anet are described:

"As all Egyptians knew, Abtu and Anet were two life-sized fishes, identical and holy, that swam on the lookout for danger before the prow of the sun god’s ship., their course was endless; by day the craft sailed the sky from east to west, from dawn to dusk, and by night made its way underground in the opposite direction."

When I started making sketches for this image, the one I liked the most was of a front view of the identical fish alongside each other because it wasn’t classically “fish-shaped”. So in the end I dropped the idea of overlapping plates which was my starting point. My creatures often end up being slightly anthropomorphised  - and my humans are sometimes zoomorphised. In this case they have sunglasses which fits in with their relation to the Sun God' and solves the problem of them just looking like two fish. 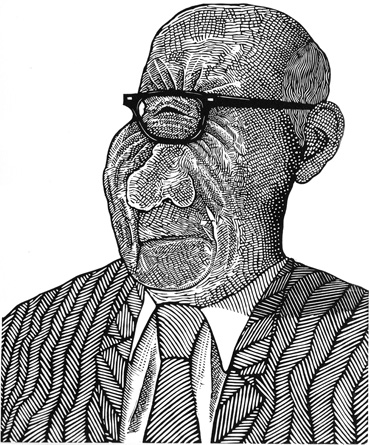 I had done a Cyclops linocut a few years ago based on the chapter in Imaginary Beings on 'one eyed beings' but was not happy with it.  This is a new version for the Cank Street Gallery show. I wanted to keep this one simple; so he is a Cyclops for the modern world. A mild looking man in a suit wearing glasses; he might still be uncouth and dangerou,s but in less obvious ways. He's very similar the One-Eyed King which is an unconscious coincidence!

In the 1980s and '90s I worked a lot in pen and ink, making self-published underground comics. I was very influenced by political artists like Ralph Steadman and Gerald Scarfe.  At the end of the millennium I learned etching and linocut and since then have used printmaking to create images.

What were your best subjects at school?  What and where did you study?

I worked as a computer programmer for many years. In the 1990s I attended evening classes in Art History given by the artist Albert Adams which were inspirational and invaluable, then I learned printmaking at The Working Mens’ College and Morley College in London. And I am always learning from the artists I work with.

What challenges have you faced along the way?  How did you overcome them?

Having never studied art formally meant not having the experience of working in a community of artists for many years, and finding enough time to make the work when I was in full-time employment was difficult. Printmaking enabled me to learn from and collaborate with other artists. The print studios that exist around the country are generally very open and inclusive. I did eventually manage to go to part-time working, so for some years I spent four days a week in the job, and the other two in the print studio. I now am privileged to be able to spend most of my time working as an artist. 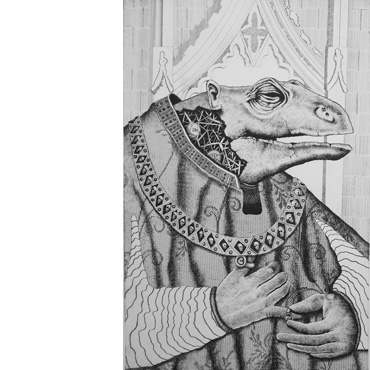 Learn how to etch and work harder. 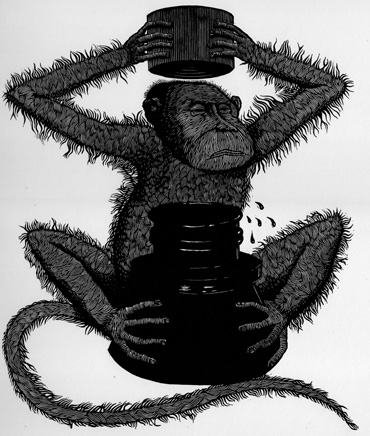 Coffee with breakfast and tea after that.

I have both and both have shortcomings.

I’m more productive in the morning. 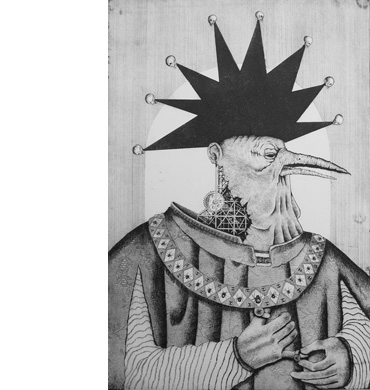 I am a Rock - Simon and Garfunkel

A Place Called Winter by Patrick Gale –the book I’ve enjoyed most in the past year.

Fish and Chips followed by rubbish on TV, like Midsomer Murders.

The Island near Great Brak in South Africa. 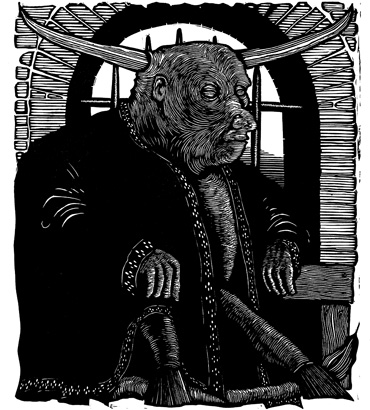 “You should do etching, it will suit you.”