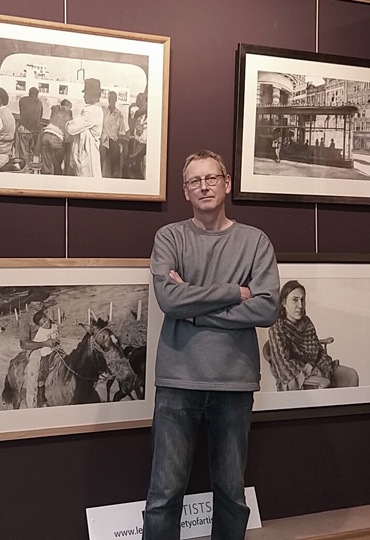 "I reassess and rework constantly, adding layers," says Andrew Jackson. "I’m often asked how I 'manage not to smudge it' - I smudge it deliberately and my hands are black when I finish working. . . ." 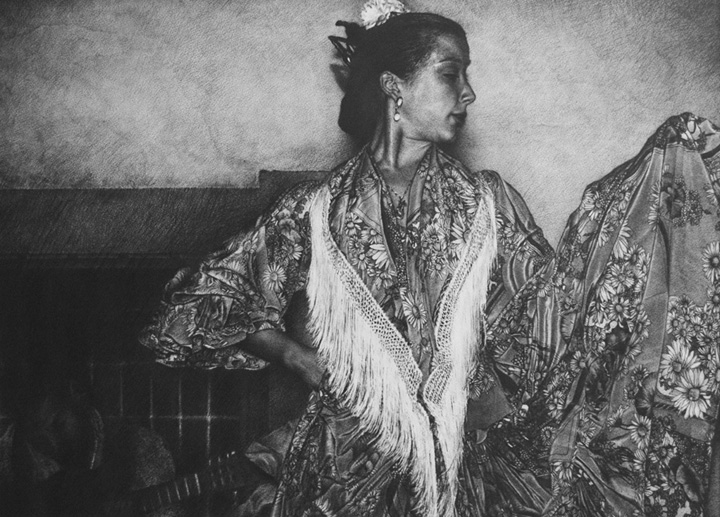 Andrew Jackson's drawings cover subjects from portraits to travel, architecture and flowers from his garden, sharing a concern with texture and structure, the interplay of light and shade and careful composition. He has a BA (Hons) in Fine Art from Leicester Polytechnic (now De Montfort University) and has regularly exhibited his large-scale drawings, winning acclaim with prizes from Leicester Society of Artists and the City Gallery Open exhibitions.  His works are in collections held by Leicester Arts & Museums Service, Leicester Royal Infirmary,  Leicestershire Collection for Schools and Colleges and  his drawing of 'Johti' won the City of Leicester Museums' Trust Purchase award.

How do you describe yourself as an artist?

I don’t really think of myself as an “Artist" or set out  to create “Art” - I just react to the world and my experiences and try to find a way to set that down in terms of my own vision. Obviously that is a creative impulse; basically I approach it as a craftsman. 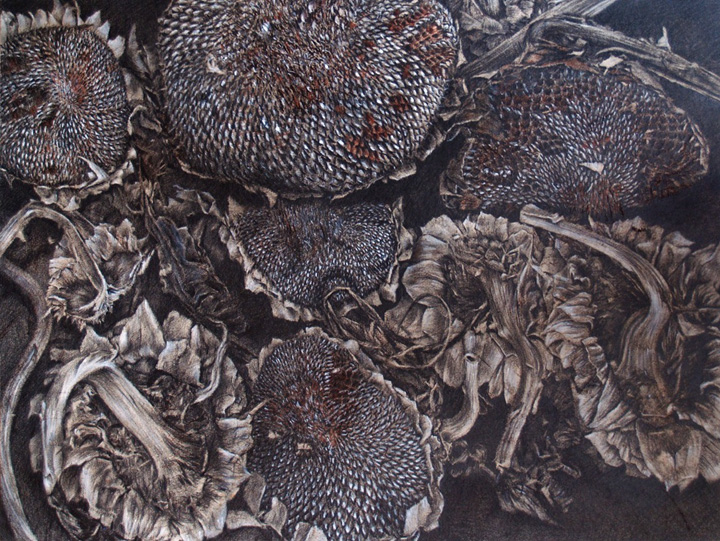 In winter I might stay in bed and read a book. With coffee. In summer I’ll go in the garden, with coffee. I’m easily distracted. Eventually I might get myself to work intensely for 2 or 3 hours, then take a break, fiddle around with it a  bit more, leave it till next day to see it afresh and either work on or rub it out.

What media do you usually work in?

Anything you can ruin a sheet of paper with but mostly pencil. 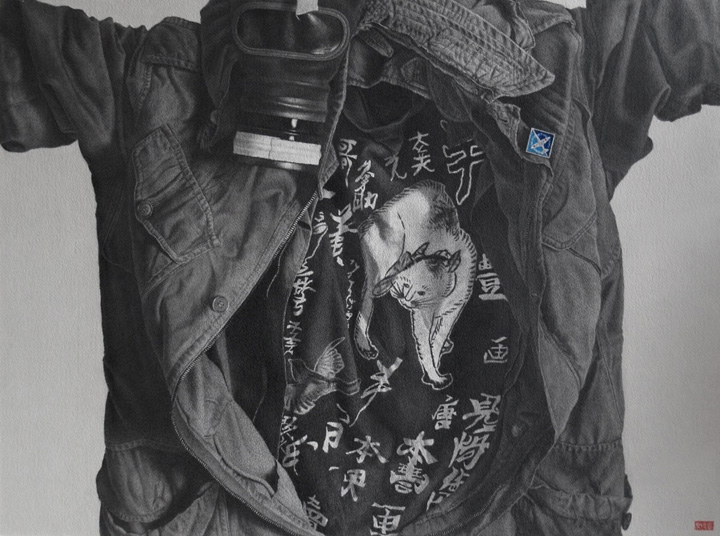 I use a range of pencils and graphite sticks, putty rubber and fingers on stretched watercolour paper, sometimes tinted with an ink wash and heightened with white gouache. I always work standing up and frequently step back 6 or 8 feet to assess the image. 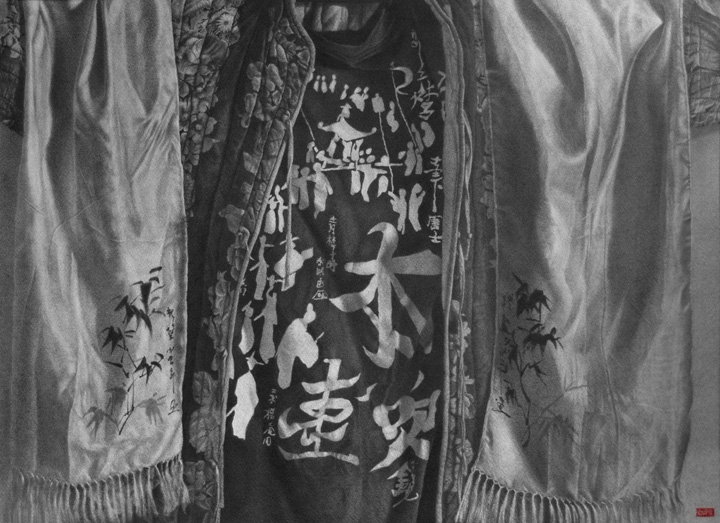 I’m often asked how I 'manage not to smudge it'  - I smudge it deliberately and my hands are black when I finish working. 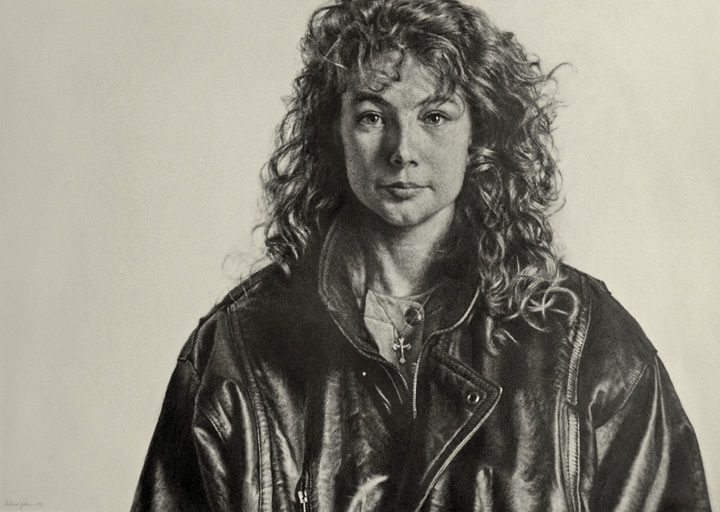 How did you choose your current theme?

Recently I’ve done a lot of portraits. It’s a challenge to attempt to capture the character and personality of the sitter; I try to make it about them rather than about me. 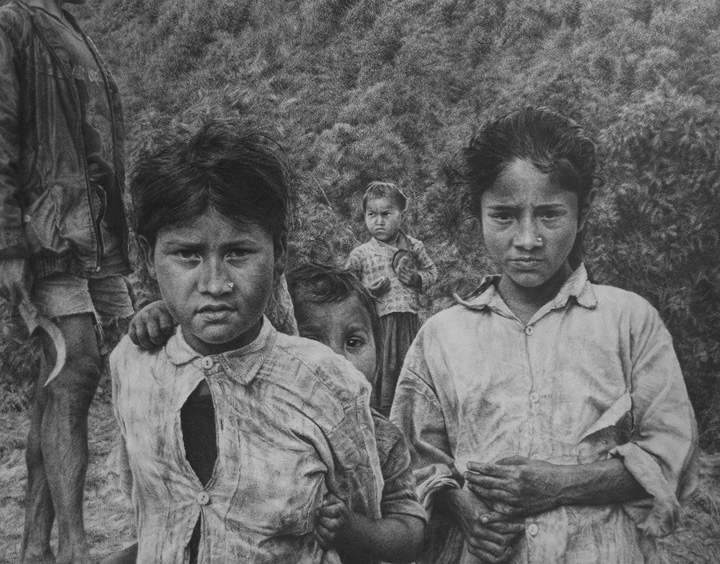 I was lucky enough to be born in a generation that has easy access to many unspoiled places in the world, largely because of the invention of the jumbo jet and consequent cheap air travel. I have tried to take full advantage of that. The growth in the popularity of trekking has opened up places too. Sadly there are many places that are now inaccessible or spoiled.

I take my camera with me and concentrate on taking photographs;  I think of that as quite different from drawing. 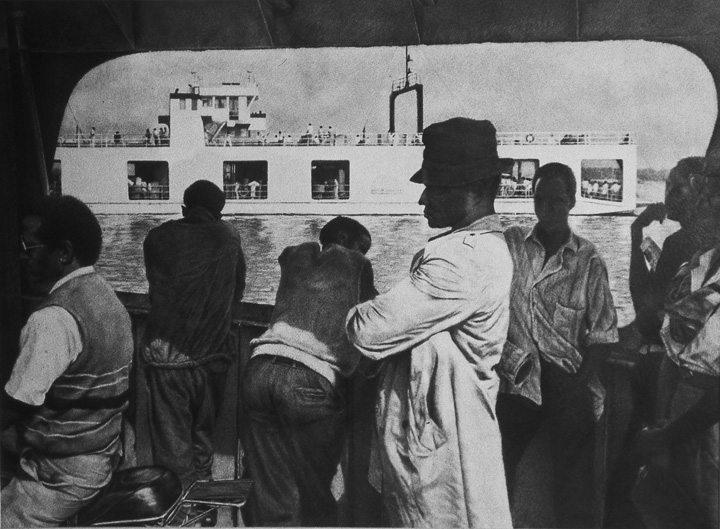 If I use photographs I try to add something rather than do a straight copy - “Mombasa Ferry”, for example, is composed from several photographs. There is a previous version with the figures in different positions. I tend to prefer this one; I often repeat subjects and usually the second one is better.

How did you get where you are now?

As a child I was quite precocious at drawing and painting; later everyone catches up and you find you’re not special. My work felt a bit mediocre at A level and at Art College, or at least I was rarely satisfied with it - largely because tutors tried to push me in a certain direction (more like them) while constantly telling me to be true to myself. Not their fault - I wasn’t really a fine artist. 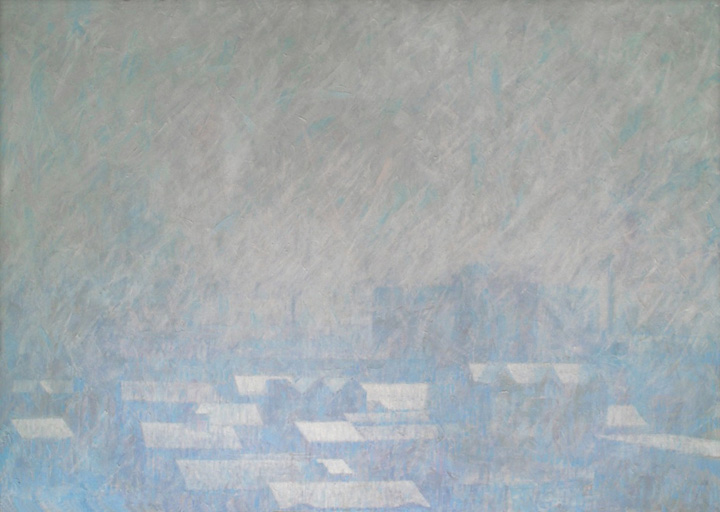 My time at college had some positives too.

One of my tutors found me several exhibition opportunities afterwards, and a group of topographical drawings of Leicester was bought by the Museum (they obviously thought more of them than my assessors) but I didn’t find my direction there.

What did you do after college? 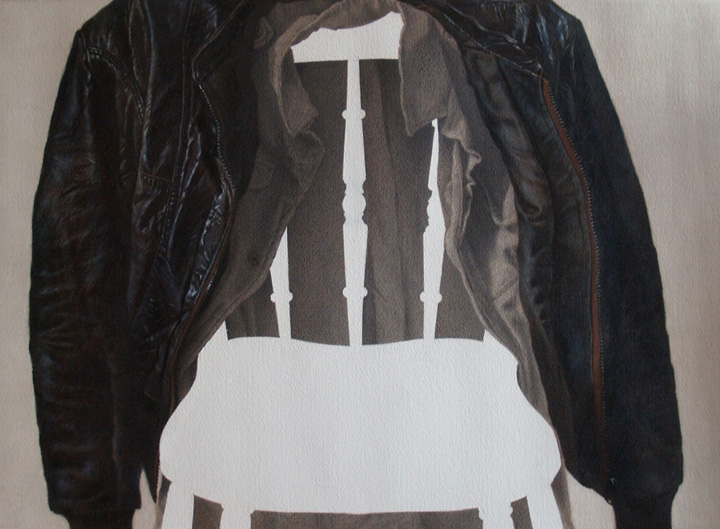 A couple of years after college I decided to start again from basics, drawing simple things like a white egg on a white table, a white shirt hanging on a white wall. Everything I’ve done since grew from that.

My mum sticking my newly completed picture on the fridge when I was 5. Affirmation is more ambiguous in adult life. 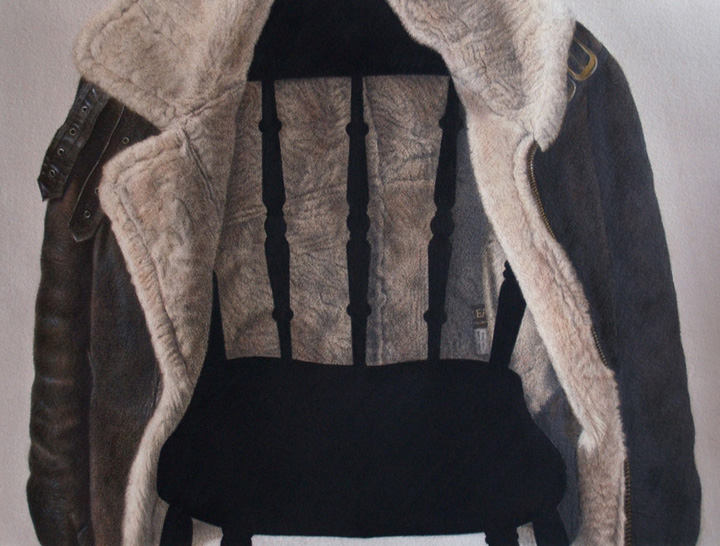 Coffee. I like the ritual of making it. And it goes better with chocolate.

Michelangelo. He could design a building, paint the ceiling and sculpt some knick-knacks to go in it. What more could you ask?

That's like asking 'Toybox' or 'toolbox'. A Mac is more intuitive, so Toybox of course. 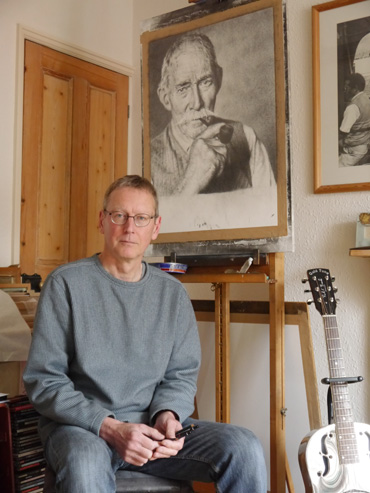 The Hold Steady “Stay Positive” as it was given to me by a friend.

Chopin as someone who did with a piano what most composers need an orchestra for.

Robert Johnson for defining my musical taste at 17. Many others.

Leo Tolstoy's Anna Karenina - it has everything. Some of Chekhov’s short stories such as The Grasshopper, and A Boring Story - he creates a world in a few pages. Siri Hustvedt’s What I Loved has some great insights into the art world. 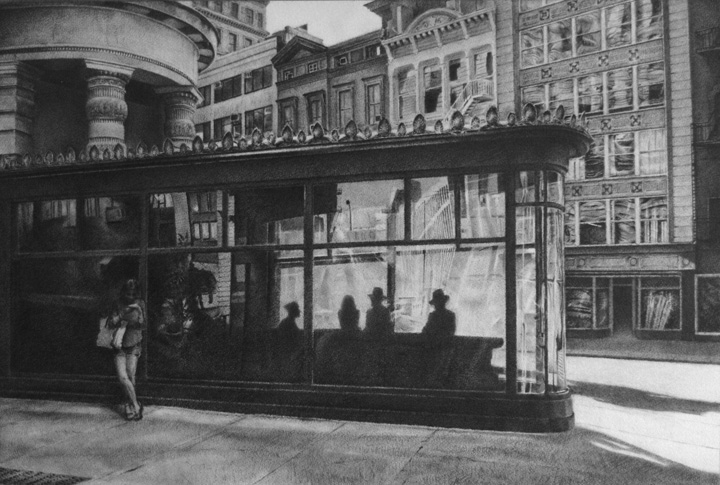 Egon Schiele, Pierre Bonnard, Edward Hopper. I don’t feel I have to imitate the artists I like, although there is a nod to Hopper in my drawing “Flatiron”. I could pick others - I don’t really have favourites.

New York. I could live there.

When in doubt, simplify. 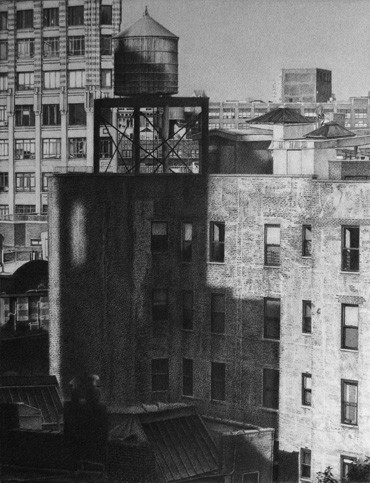