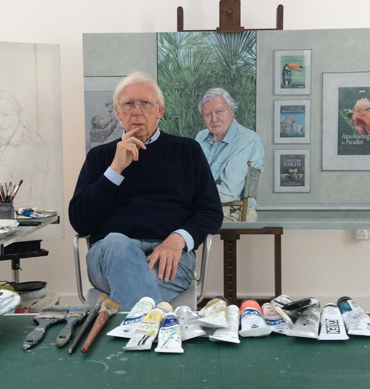 LSA President Lars Tharp muses on the art of the portrait as Bryan Organ's new painting of Sir David Attenborough goes on show at New Walk Museum and Art Gallery. 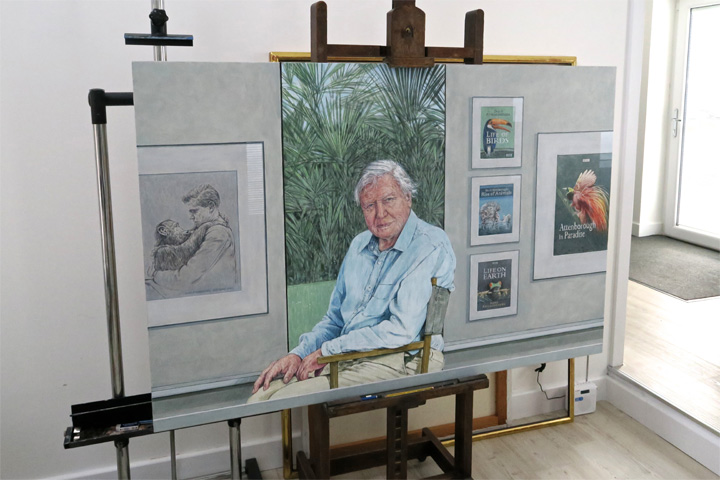 "The art of the portrait painter is often lost in the obscurity of his subject" - so observed Samuel Johnson, no doubt hoping that his own stature would help confer immortality on Reynolds’s portraits of him while less illustrious sitters were indeed doomed to the ever-darkening varnish of time. If Sam Johnson is the great natural historian of the English language - its usage, vocabulary and its authors – so naturalist David Attenborough will endure as the author of the entirely new way in which we comprehend the world. 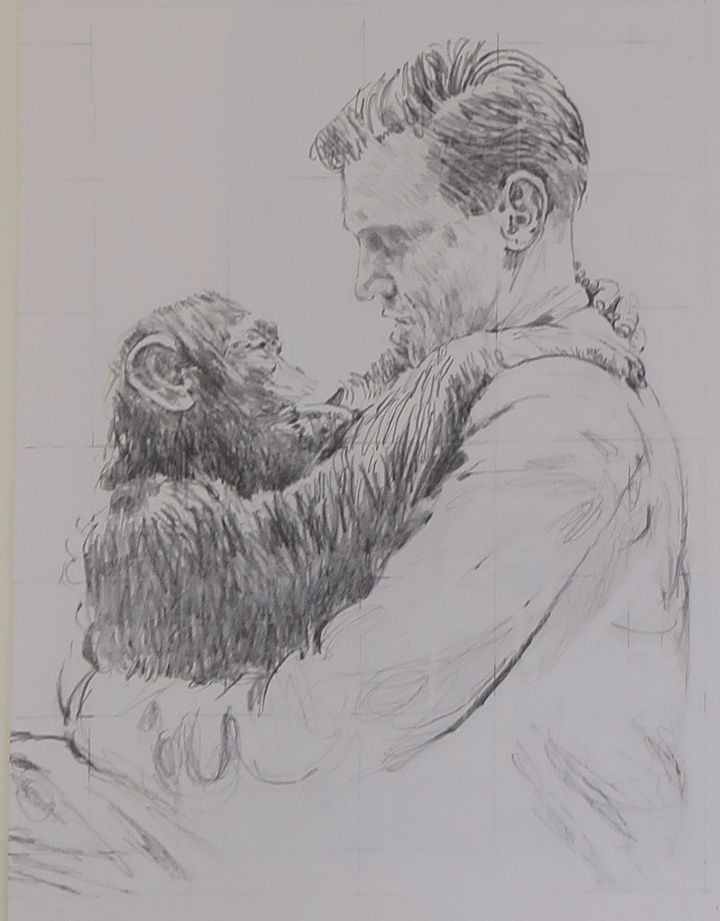 For over sixty years Sir David, with his teams of cameramen and researchers, has brought us face-to-face with our planet: we see it – and ourselves - in a way no humans have ever seen it before.

Television has out-paced the zoo and from the safety of our sofas we can witness the dramas of birth and survival in the Natural World. 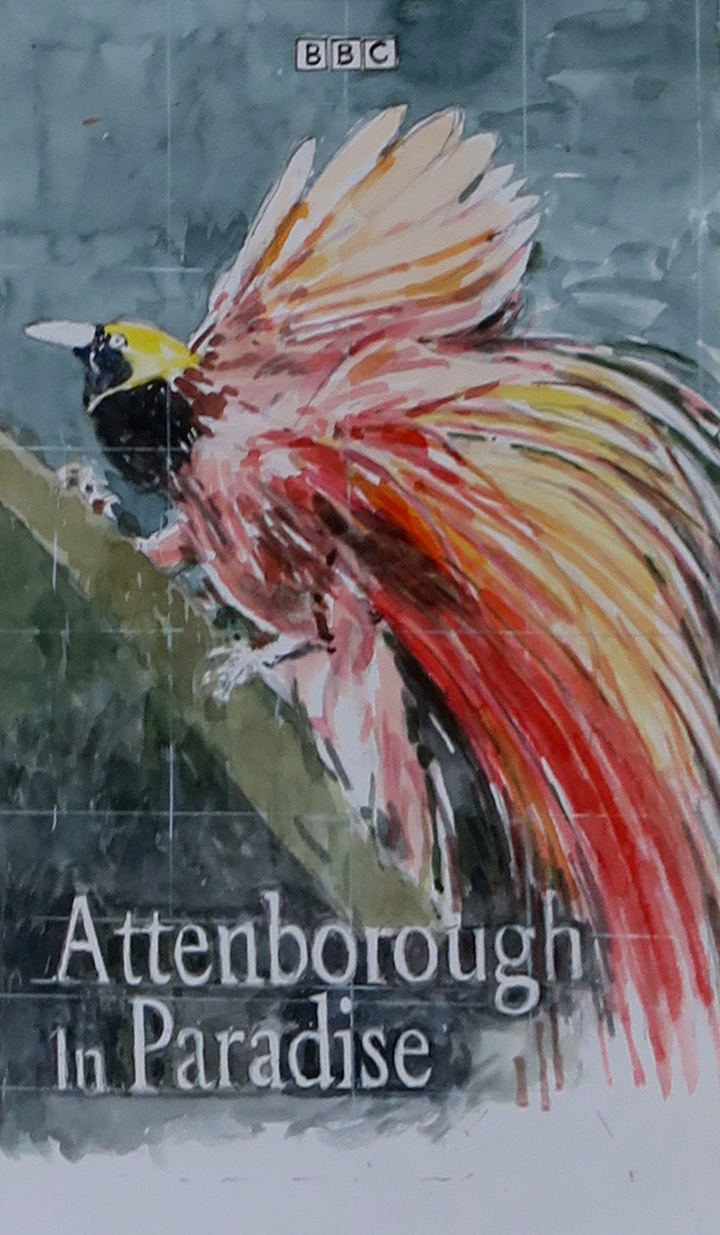 This revelation in human consciousness would alone ‘time-proof’ any images of Sir David for future generations. But fame alone cannot guarantee the success of a portrait.

Enter portraitist Bryan Organ, whose ability to dig deep into his subjects and to produce portraits which transcend mere likeness can be seen on the walls of the National Portrait Gallery in London.

I sit before a screen, reviewing with Bryan his huge roll-call of sitters from over half a century of British history – from museum assistants to industrialists, academics and royalty.

Bryan pauses: his portrait of Harold Macmillan (also in the National Portrait Gallery), a face of purpose and of compromise, of clubbable humour and of lonely melancholy. The face is a landscape of ambiguities and tensions. Journalist Jon Snow, citing this as his favourite portrait, sees in this complex face the demise of Empire and power. For a portrait to transcend obscurity it must go beyond a mere likeness. 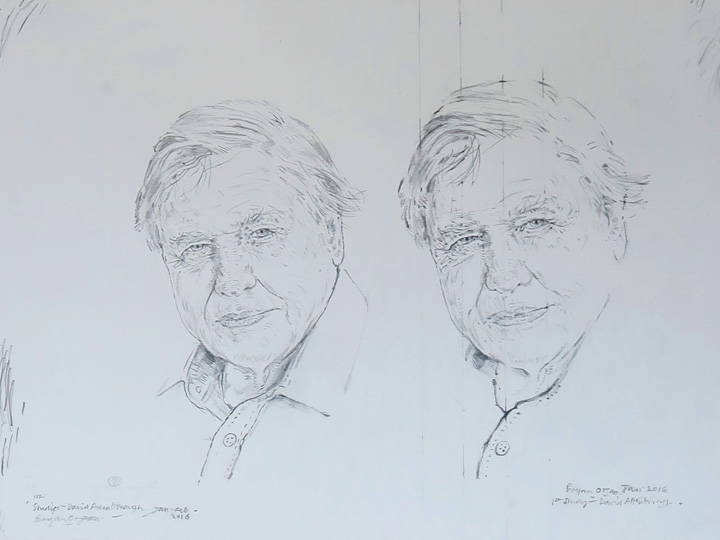 By capturing several potential expressions in a single face, an artist can register the ambiguities of a human face – a mosaic of fleeting thoughts - for what else would engage the attention of a future viewer?

In Bryan Organ’s portrait of David Attenborough - commissioned and donated by the City of Leicester Museums Trust - the explorer’s familiar face combines both bonhomie and impatience. 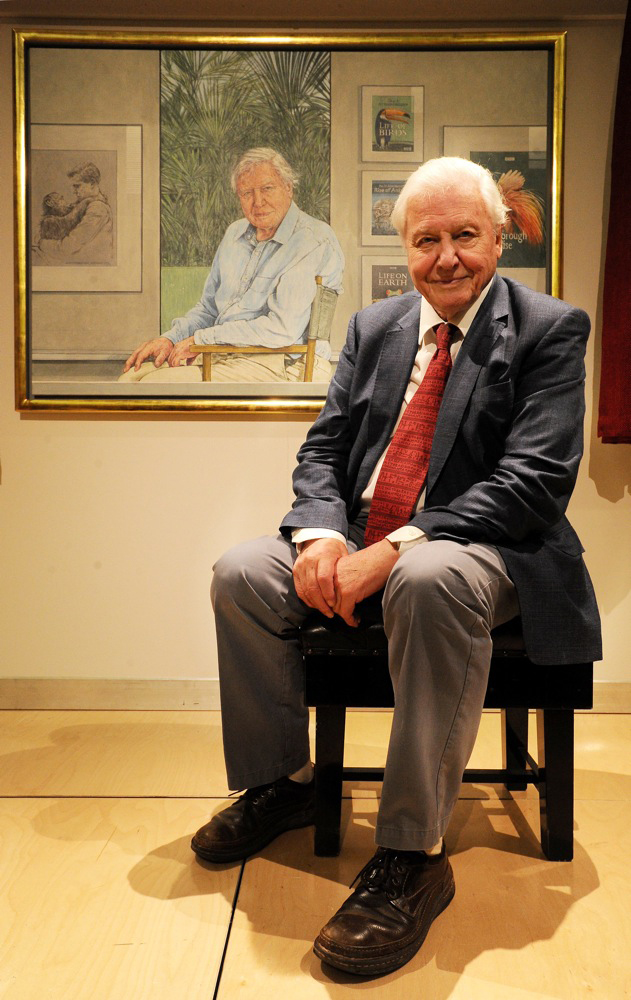 Sir David Attenborough sitting with his portrait by Bryan Organ

Slouched in a director’s chair (compare with Organ’s portrait of brother ‘Dickie’, also at the New Walk Museum & Art Gallery) the sitter could, at any moment, jump out of his chair and disappear into the jungle seen through the window behind him.

Himself a past President of the Leicester Society of Artists, Bryan Organ has kindly loaned some of his working sketches to the LSA Annual Exhibition, revealing some of his processes.

But the main driver of a great portrait will always be the mystery of the human mind.  As Bryan Organ says, “I only do the painting, I can’t talk about it.”