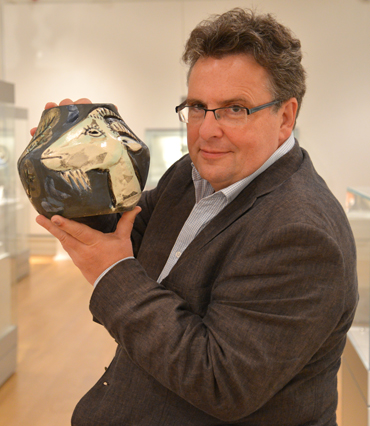 Lars is a passionate ambassador for art in all its forms and has served on the jury of the annual Art Fund Prize (2009 and 2010), the UK’s most prestigious Museums and Galleries award.

Born in Copenhagen, Lars was educated in Leicester and Cambridge. He lectures and guides throughout the world on subjects ranging from Ceramic History to the world of William Hogarth.  His Global Arts Communications business advises on the acquisition, care and disposal of artworks, notably including the successful private sale of China’s hitherto most expensive vase.  As curator he has devised and overseen exhibitions in UK museums including in his own Foundling Museum (London) where, until 2010, he was Director.

Lars is a Fellow of the Society of Antiquaries of London and he sits on the Court of London’s oldest Guild, the Worshipful Company of Weavers. His many TV and radio credits include the BBC’s Antiques Roadshow (1986 to present) and his documentary Treasures of Chinese Porcelain continues to be screened throughout the world. 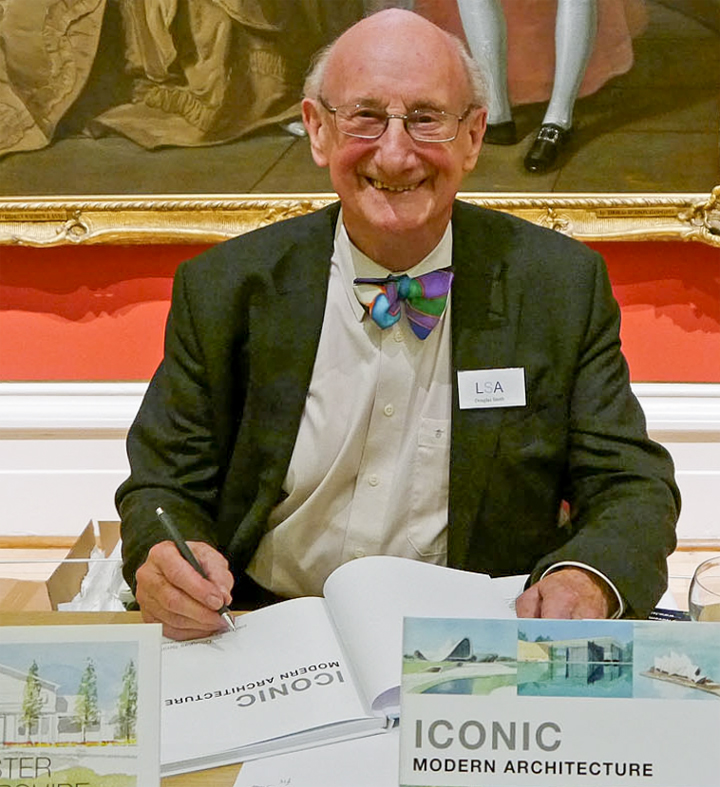 Architect, Artist and author of eight books on architecture, design, paintings and sketches. He held an unprecedented term of office as President of the Leicester Society of Artists for 27 years. He founded and directed Douglas Smith Stimson Partnership Limited (DSSP) that was based in Leicester, a multi disciplinary practice of architects, landscape architects and interior designers.

Douglas now concentrates on painting and sketching. His watercolours are in collections of Europe, America and Canada.  His original 34 watercolours and 30 drawings, produced for  his book 'Iconic Modern Architecture'  have become part of the RIBA Drawing Collection held by the Victoria & Albert Museum London.

Bryan Organ is the Patron of Leicester Society of Artists

Guy Holford Dixon was a Deputy Circuit Judge 1975-77. As a prominent barrister, he lent his support to the first major exhibition in Britain of German Impressionism and Expressionism, the 1944 ‘Exhibition of Mid-European Art’, which had daringly chosen to show a selection of 62 works, mainly German artists including Nolde, Marc, Kandinsky, Feininger and Heckel. A collector of art, Guy Dixon later bequeathed his important collection of seven Russian icons to the British Museum in 1994.

Denis Rice became Warden of Vaughan College from 1962, Leicester University Adult Education Department, and held this post for the next 22 years 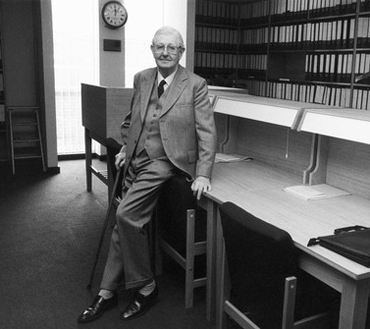 Jack Simmons OBE (30 August 1915 – 3 September 2000) was an English transport historian and emeritus professor of history at University of Leicester, known as a specialist in railway history 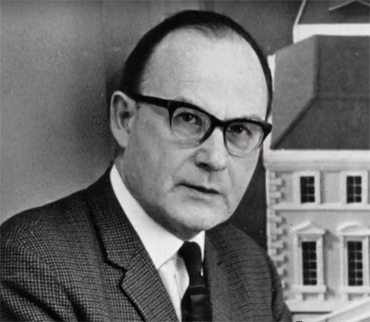 Konrad Smigielski, one of the most prominent of Britain’s post war planners, was Leicester’s chief planner in the 1960s and his legacy continues to divide opinion.

Many works in Leicester University’s collection were purchased by Leicestershire Education Authority under the auspices of Stewart C Mason, the county’s Director of Education from 1947-71. He was a progressive educator with a keen interest in contemporary art, and would buy or commission works to accompany new building projects. Under the pioneering 'Leicestershire Experiment and Plan' which was devised in 1957 by Stewart Mason, there was a move away from self-contained classes to mixing across groups, encouraging use of the entire school by all the children.

Sir Charles Robert Keene (1891 - 1977) was Mayor of Leicester in 1953-54 and Chairman of College Governors at Leicester College of Art for 30 years between 1927 - 1957.  As a councillor his main interests were education, culture and town planning. He became the first Chair of Leicester Polytechnic, now De Montfort University. This long service was recognised in 1961 when Charles Keene College was named in his honour. An annual event, the Sir Charles Keene Lecture, was founded at the Polytechnic in 1974. Keene was made CBE in 1950 and knighted in the birthday honours list of June 1969.

Colin DB Ellis was the author of 'History in Leicester 55BC - AD1900', published in 1948 by the City of Leicester Publication Department and illustrated by LSA Member Hugh Collinson.

Alderman William Henry Smith was Lord Mayor of Leicester in 1946-1947. 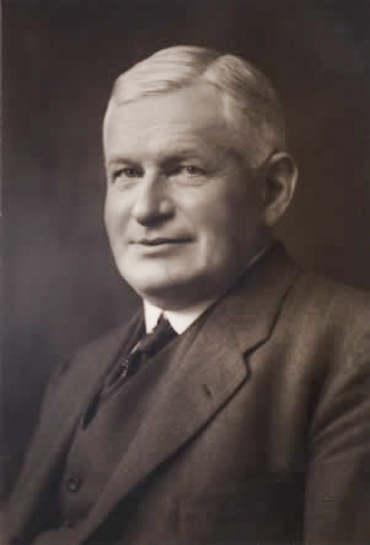 H Percy Gee (1864 - 1962) was Director of the family shoe business of Stead and Simpson Ltd and a very generous benefactor of local causes. He was one of the founder members of the Leicester University College, financing the College personally through financial crises of the 1930s and when the College received its Royal Charter Gee became the first Pro-Chancellor and he was one of the first Honorary Graduates of the University of Leicester in 1958. Other public service included chairing the Leicester Savings Committee, the Leicester Chamber of Commerce and the Leicester Literary and Philosophical Society, service as a Justice of the Peace and a Lay Canon of Leicester Cathedral.

Harry Morley (5 April 1881 - 18 September 1943) was a painter, etcher and engraver, known for his classical and mythological compositions. He studied at Leicester School of Art, then later architecture at the Royal College of Art, London, winning a travelling scholarship to Italy. His experiences in Italy encouraged him to become a painter, and he attended the Académie Julian in Paris. He was appointed an official war artist in 1940 and taught for a time at St Martin’s School of Art, London. His earlier works were inspired by his travels in Italy and were influenced by the engraver, Robert Austin.  He was elected a Member of the Royal Watercolour Society (in 1927), a Member of the Royal Society of Painter-Etchers (1929), an Associate of the Royal Academy of Arts (1936), a Member of the Royal Society of Portrait Painters (1936), and a Master of the Art Workers’ Guild (1936).

The Duke of Rutland

Captain John Henry Montagu Manners, 9th Duke of Rutland, (21 Aug 1886 - 22 Apr 1940) Marquess of Granby from 1906 to 1925, was an English peer and medieval art expert. In 1927, he realized his boyhood dream by establishing residence at the historic Haddon Hall, which he painstakingly restored. His collection of English medieval floor- tiles, described by art historian Tancred Borenius as 'without a rival in the world' was  catalogued by the Duke of Rutland in a monumental typewritten work of two folio volumes, and illustrated with coloured reproductions, all his own work. 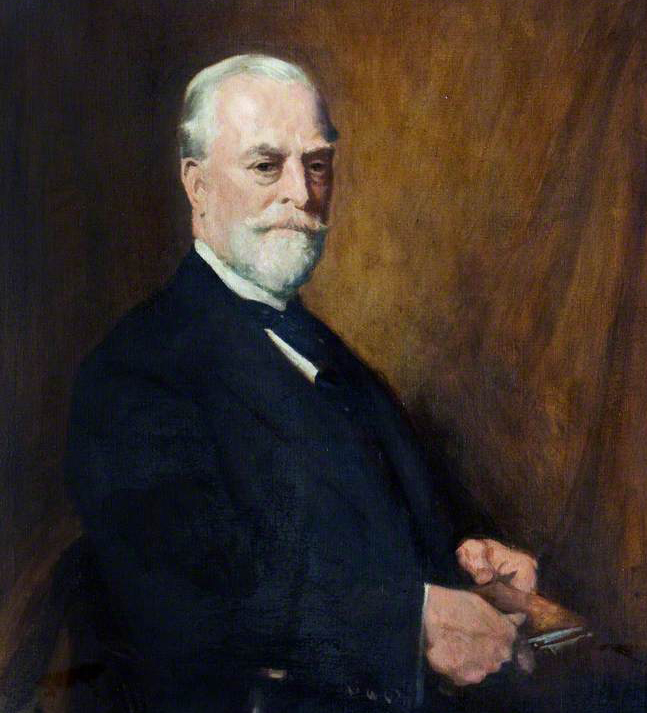 Sir Jonathan North (1855-1939), was one of Leicester's most influential citizens, and a pivotal figure in the founding of Leicester University.  Starting in the boot and shoe manufacturing business, he was hand-picked to be the successor to Sir Edward Wood of Freeman, Hardy & Willis. He was on the Leicester Board of Guardians, Belgrave School Board, and becoming a councillor and alderman. Though resisting for years, he accepted the role of Mayor of Leicester throughout the First World War years, and was knighted in 1919 in recognition of his great service. He also founded the North Memorial Homes for veterans and their dependants, in Oadby, just one of the schemes he led after the war. For 32 years he was Chairman of the Leicester Education Committee, and University's first College Council Chairman for 20 years.

Sydney Ansell Gimson (1860-1938) was a Director at the family firm of Gimson & Co. and President of the Leicester Secular Society, which promoted free thought with no prejudice on all subjects. As a Liberal Town Councillor, he was also Chairman of the Museum and Art Gallery Committee, which was responsible for acquiring the buildings that are now Newarke Houses Museum. Sydney Gimson believed that all children, however disadvantaged, should have the opportunity for education. He served on the Municipal Technical and Art Schools Committee and the Colleges of Art and Technology Committee. In 1898 Sydney instructed his architect brother, Ernest Gimson, to design and build Stoneywell Cottage as a rural haven where the family spent idyllic summers and Christmases. Built in rough-hewn, rustic 'Stoneywell Cottage' in the Arts and Crafts style and furnished with practical and simple wooden pieces, many carved with emblems from nature, the cottage is now owned by the National Trust. 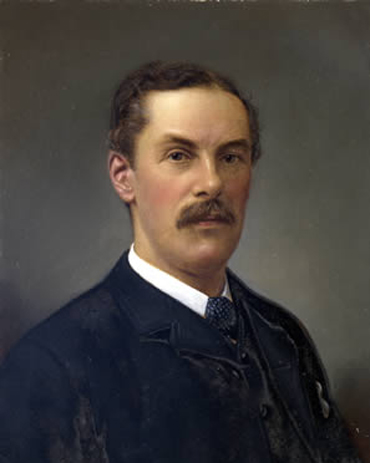 Alfred Henry Paget, architect, was from a leading Liberal Leicester family.  In 1870 A.H. Paget was elected an ARIBA. As a junior partner in the firm of Goddard & Paget, he was actively involved in many of its major projects, and apparently superintended the building of the Granby Street Leicestershire Bank in 1874 (now HSBC) from start to finish. Paget was a Councillor for Leicester’s East St Mary’s Ward, served on the Council’s Museum Committee, was a magistrate, and a long-serving Treasurer of the Lit and Phil and its President in 1887-88. He was  a founder member and Secretary of the Leicester Kyrle Society (est. 1881) whose aims were to ‘bring the influence of natural and artistic beauty within the reach of the poor’ by means of internal decoration, paintings, flowers, gardens, open spaces for recreation, concerts and entertainment.

Edwin Clephan JP was one of the founders of the Leicester Colleges of Art and Technology.  His daughter Jennie, a member of the National Union of Women Workers and the Leicester Ladies’ Reading Society, married the architect Alfred Paget, also an LSA President. 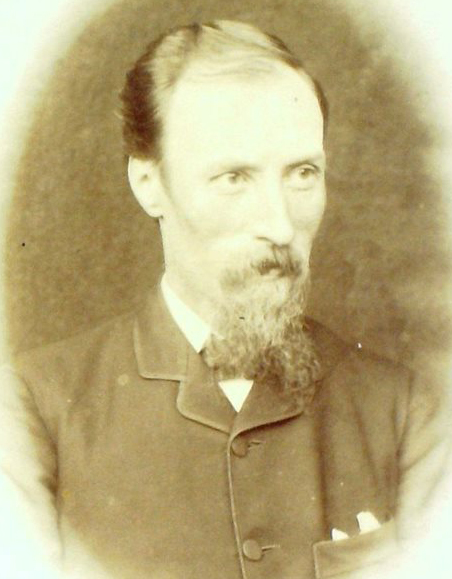 First Headmaster of the School of Art, Leicester (now De Montfort University) 1870 - 1880 and Member of the Royal Watercolour Society. 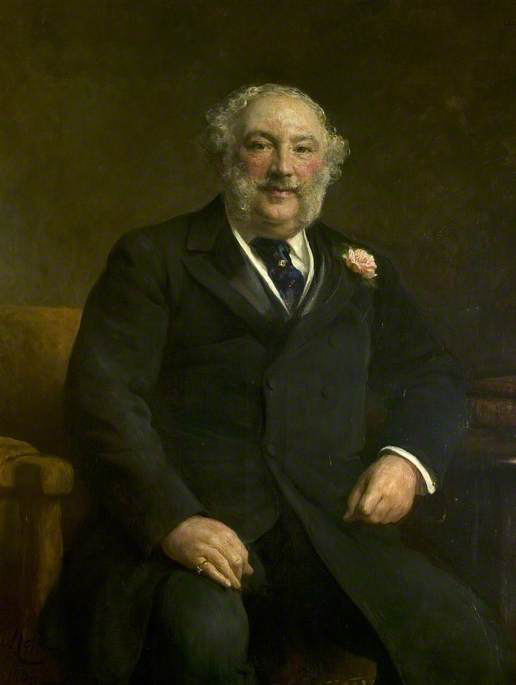 Israel Heart (16 February 1835 – 24 March 1911) served as a councillor for 25 years and was Mayor of Leicester from 1884-6 and 1893-94, during which time he was a member of the Committee for the School of Art. In 1885 he was appointed High Bailiff of the borough of Leicester. He presented a free library to the town and in 1878 a handsome ornamental fountain to be placed in the centre of the land fronting the Town Hall Building for the purpose of keeping open a public square for all time. He was also Chairman of Hart & Levy, wholesale merchants and garment manufacturers of Leicester.

Knighted in 1895, Sir Israel Heart was Liberal candidate for the Hackney Central division of London at the 1900 General Election. He did not stand for parliament again.