A String of Pearls by Eve Mason - Illustrated by Susan Sansome 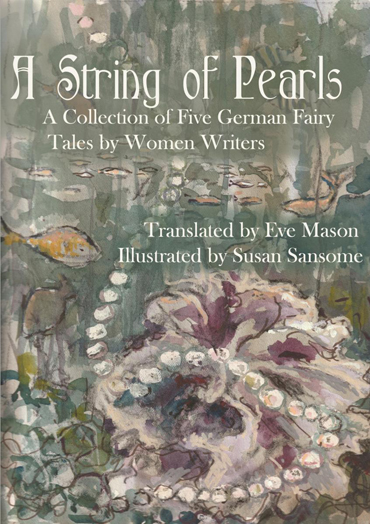 Eve Mason, 'A String of Pearls', illustrated by Susan Sansome

The anthology recovers some of the many lost voices of German women who wrote and published fairy tales in the nineteenth century, who used the genre as a subversive vehicle for critique of patriarchal conventions.  Adventurous children, wicked queens, handsome princes and talking animals are there, but also some figures that don’t seem quite so familiar: a wise, educated ruling queen; a powerful, vengeful nymph and a brave young woman ready to save a sleeping prince.

The project to illustrate the book was undertaken and completed by Susan Sansome over the spring and summer of 2020. Sue modelled the characters on members of her own family. Deciding on the poses and settings she needed, she asked two of her grandsons to pose for photographs, then working on lively charcoal drawings Sue developed them into a series of paintings for A String of Pearls. 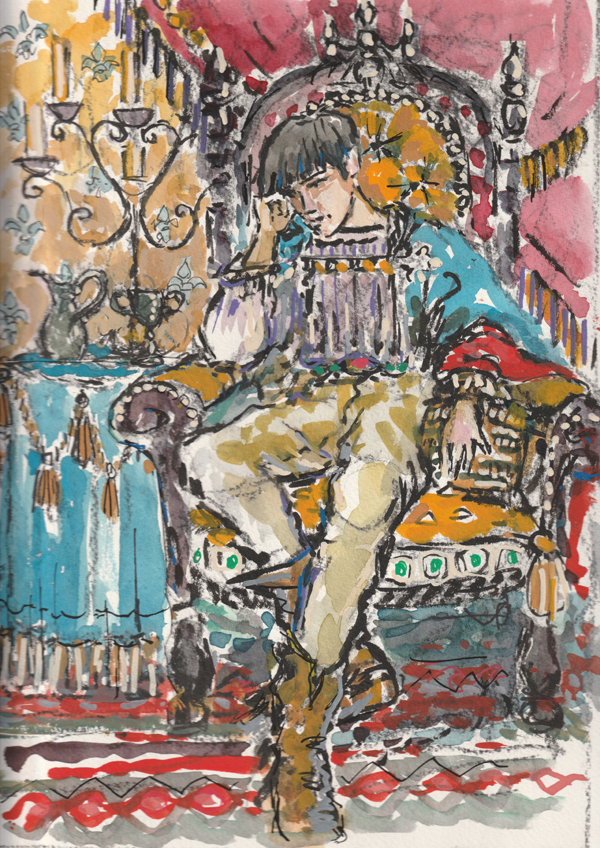 Sue Sansome, 'The Enchanted Prince', illustration for A String of Pearls

"But he continued to gaze silently at the ground before him, and only now and then would he raise his beautiful eyes into the heaven of her glowing face, but with a wistful expression.’ – ‘The Enchanted Prince’.

The book became a great way for the artist to connect with her grandchildren, working on the illustrations during the first Covid lockdown earlier in 2020. 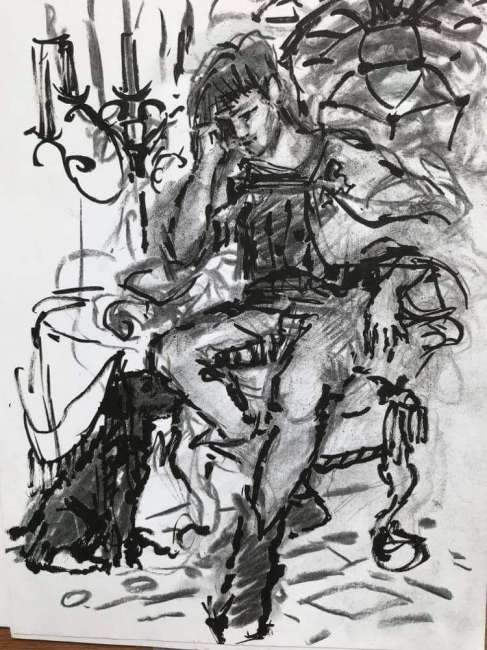 "This 'rough' sketch made was after receiving a photo taken by Eve of Maurice as the Enchanted Prince," says Sue Sansome. "He was sitting patiently on an office chair, draped in a drama society cape…… The throne I discovered via Google. And what a pity I couldn’t include his adored labrador!" 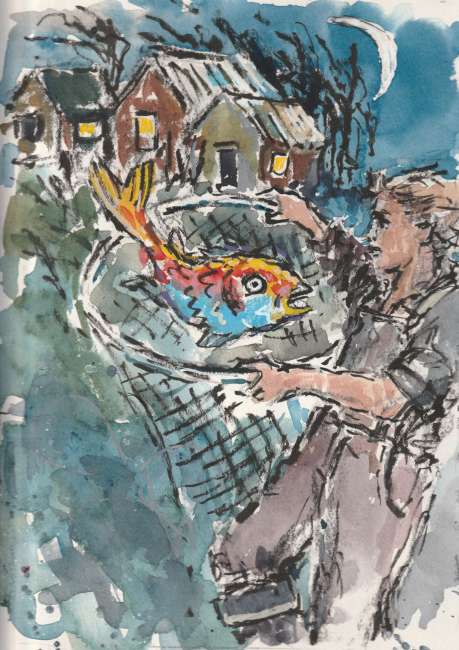 Susan Sansome, 'The Realm of Wishes' illustration for A String of Pearls

‘A powerful gust of wind scattered the thick clouds that were covering the moon, whose full radiance now fell over the haul that lay before the eyes of the astounded youth: and look, it was a magnificent fish, unlike any he had seen before, golden and azure and crimson.’ – ‘The Realm of Wishes’

" For The Realm of Wishes, I had my help from two of my grandsons, one a keen fisherman, who sends me amazing pictures of his trout before gently returning them to the deep!" 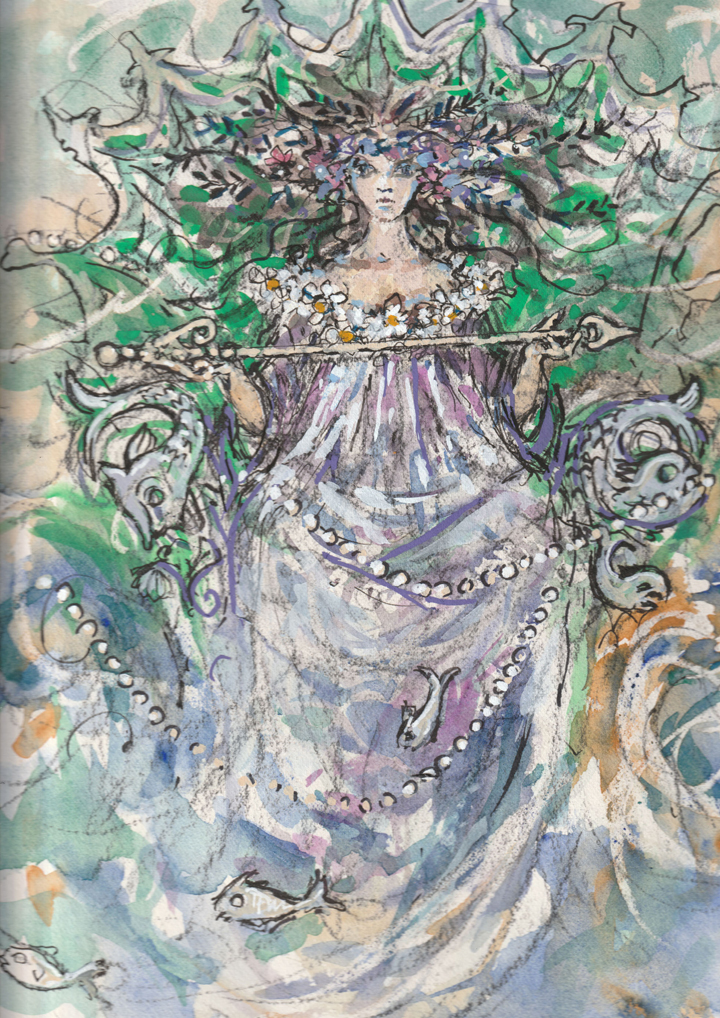 Susan Sansome, 'The Nymph of the Rhine', illustration for A String of Pearls

‘Dame’s violet, touch-me-not, rosemary and cypress wound themselves into a wreath around her flowing locks, and the pale narcissi adorned her breasts with their bowed heads. Sparkling diamonds were strung together into a belt around her waist, and she held a silver staff in her hands.’ – ‘The Nymph of the Rhine’ 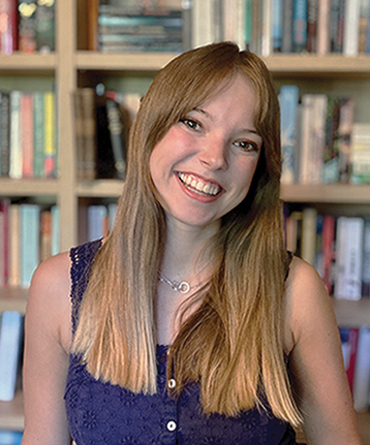 If you are interested in purchasing a copy at £4.99 + P&P each for a beautifully illustrated paperback edition -  please get in touch with Eve at astringofpearls2020@gmail.com to see if there are copies available.
Illustrations copyright © Susan Sansome. Translation excerpts copyright © Eve Mason.

Scroll down to see images from the book.